Dementia is one of the major causes of disability and dependency among older people worldwide, affecting thinking and behaviours as you age. But what if you could stop this degenerative disease in its tracks?

A world-first study from the University of South Australia could make this a reality as new genetic research shows a direct link between dementia and a lack of vitamin D.

Investigating the association between vitamin D, neuroimaging features, and the risk of dementia and stroke, the study found:

Dementia is a chronic or progressive syndrome… 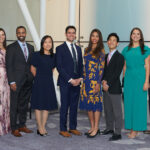