The researchers set out to see if there had been an increase in the numbers of older people who were reporting their first concerns about memory loss or cognitive decline to their doctor and what their chances of developing dementia were after consultation.

The study, published today in Clinical Epidemiology, looked at data from more than 1.3m adults aged between 65 and 99 years old, taken between 2009 and the end of 2018. The researchers identified 55,941 adults who had spoken to their GP about memory concerns and 14,869 people who had a record of cognitive decline.

Dietary intake of beans and risk of disabling dementia: The Circulatory Risk in Communities Study (CIRCS)

Protective effect of apolipoprotein E epsilon 3 on sporadic Alzheimer’s disease in the Chinese population: a meta-analysis 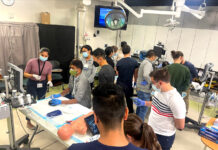 Dietary intake of beans and risk of disabling dementia: The Circulatory Risk in Communities...

Alzheimer's Research August 11, 2022
Participant characteristicsThe present study was performed in the ALFA+ cohort, a nested longitudinal study from the ALFA (for ALzheimer’s and FAmilies) study16. The ALFA...

Protective effect of apolipoprotein E epsilon 3 on sporadic Alzheimer’s disease in the Chinese...

Does the presenting phenotype predict survival in ALS–FTD?