Viruses accumulate mutations as they replicate in infected cells. Repeated replication can lead to viral strains that show attenuated virulence. Such strains may act as vaccines if the attenuated virus can produce immunity without serious disease.

This approach is not new. Albert Sabin developed an attenuated poliovirus vaccine in the mid-20th century that helped eradicate naturally occurring polio in the Western Hemisphere. Attenuated viral vaccines for rubella, measles, yellow fever and other diseases are widely used.

Can a similar vaccine be developed for COVID-19?

Researchers at the University of Alabama at Birmingham have published a foundational study for that possibility in the Journal of Virology. They asked a simple question: Which mutations predominate when the SARS-CoV-2 virus that causes COVID-19 is grown in successive generations — called passages by virologists — in…

Consuming Amino LP7, a specific combination of essential amino acids, could inhibit the development of dementia, shows a study from Japan — ScienceDaily

New understandings of a stomach enzyme could lead to better anti-ulcer drugs. — ScienceDaily

A new study finds cutting off cells’ supplies of lipids can slow the growth...

Nutrition October 25, 2021
In recent years, there has been some evidence that dietary interventions can help to slow the growth of tumors. A new study from MIT,...

Alzheimer's Research October 25, 2021
Scientists have long understood that the region of the brain called the hippocampus is important for memory, learning and navigation. Now, scientists in a UCLA... 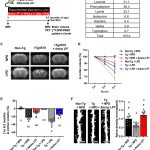 A diet of essential amino acids could keep dementia at bay

Finding the holy grail of re-engineering peptide design — for better...